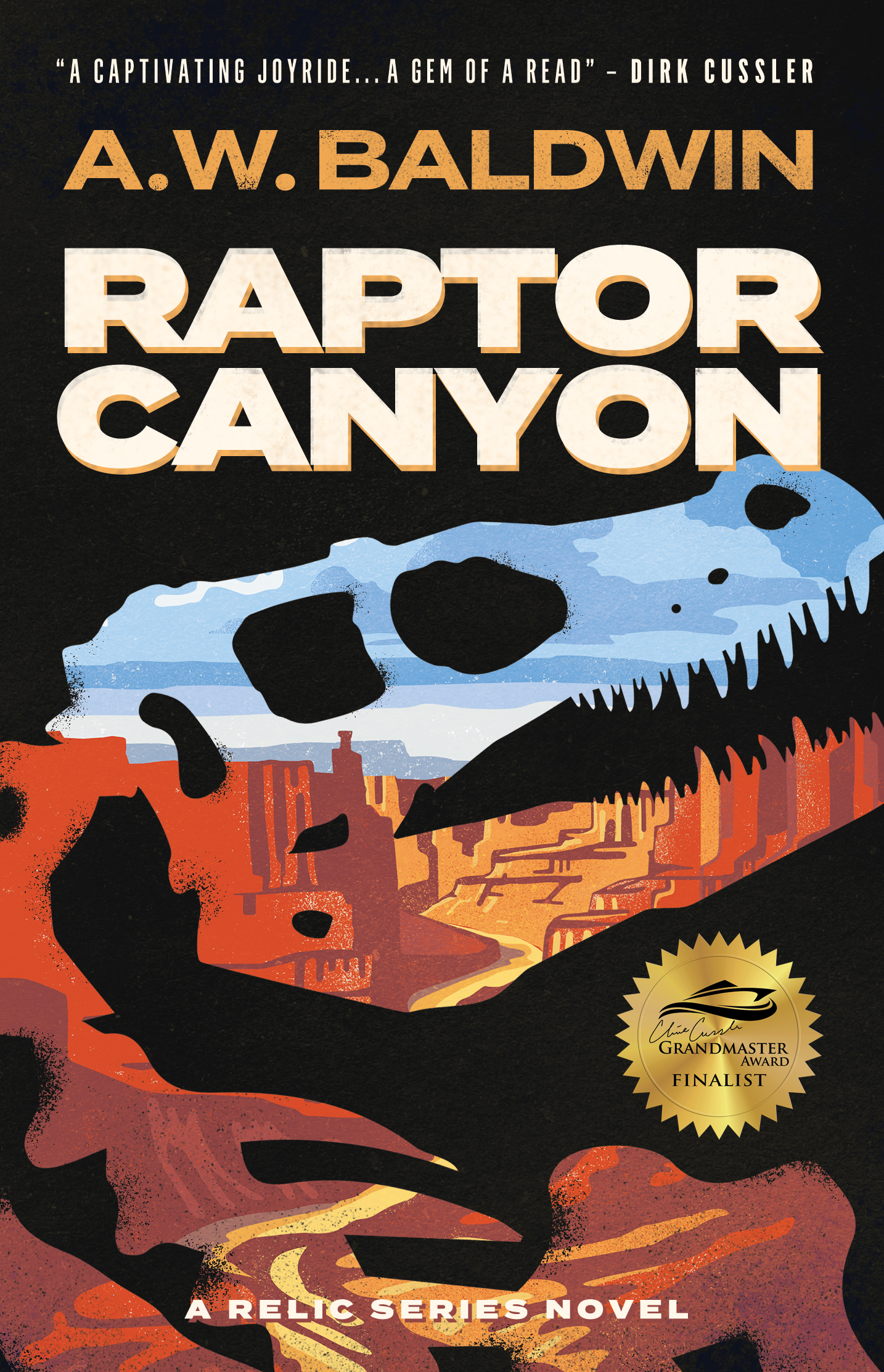 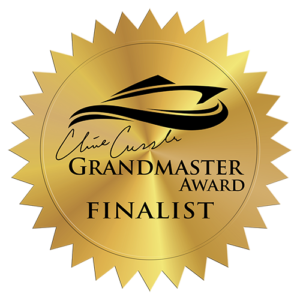 A gin-brewing recluse, Relic watches from afar as three men reveal a panel of petroglyphs that include the yawning jaws of a flesh-eating dinosaur.  When one of the men murders the other, Relic is on the march to uncover what’s going on in Raptor Canyon.

As a fresh graduate, Wyatt is anxious to make his mark among the army of lawyers in a respected Denver law firm.  When his boss invites him to tour a client’s development project bordering Canyonlands National Park, Wyatt jumps at the chance, but his boss is not what he seems…

When a treacherous security chief tries to kill Relic, Wyatt is caught in the deadly chase.  An unusual pair, Wyatt and Relic must tolerate each other while fleeing through white-water rapids, remote gorges, and hidden caverns. Relic devises a plan to save the treasured canyon but Wyatt must come to terms with the cost to his career if he fights his powerful boss…

A college student with secret ties to the site, Faye joins the kitchen crew so she can spy on the enigmatic project.  She catches Relic and Wyatt red-handed, preparing for action.  But when she hears their desperate plan, she has a decision to make...

Armed with a full box of toothpicks (and a little dynamite), can the unlikely trio monkey-wrench the corrupt land deal and recast the fate of Raptor Canyon?

“Raptor Canyon - A captivating joyride through the mystical southwest canyonlands as a modern day monkey-wrench gang fights for the preservation of the land and their own survival.  Relentless danger mixed with dusty adventure makes for a gem of a read.”

“Hold onto your hat!  A ripping adventure romp set in the twists and turns of Utah’s canyon country… Thoroughly entertaining!”

“'Raptor Canyon' is a ton of fun… the playful dialog between Wyatt and Relic was a pleasure to read… Highly recommended!”

“A hoot of an adventure novel…”

"...enthusiastically recommend[ed] to anyone who enjoys mesmerizing, fast-paced novels."

--OnlineBookClub.org 4 out of 4 Star Review 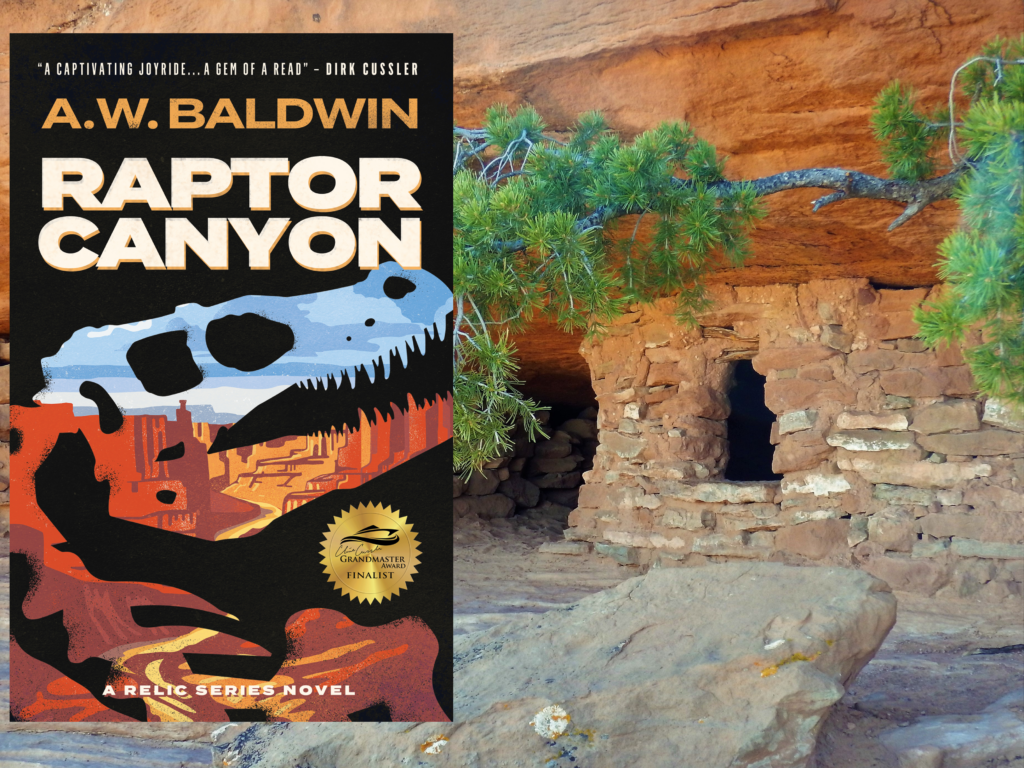